And they're off! Riverbank students release trout into Saluda River 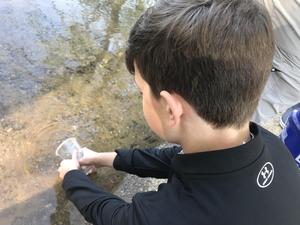 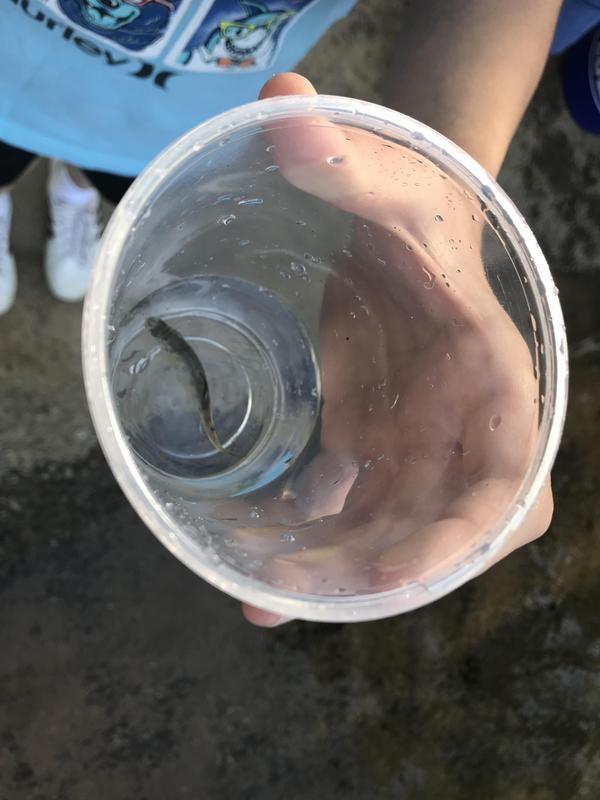 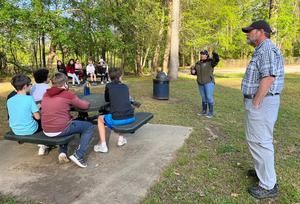 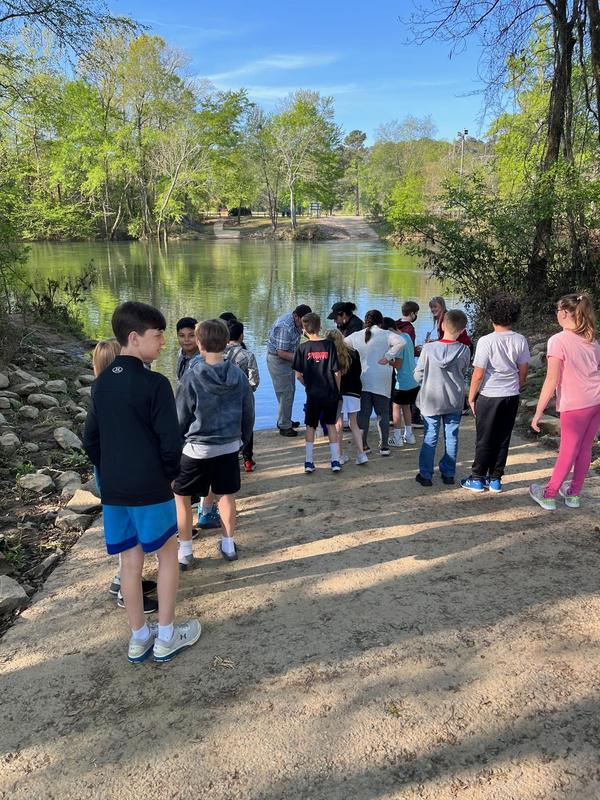 The students had been raising the trout since December, and they were finally big enough to head out into the world

WEST COLUMBIA, SC – A four-month journey was nearing completion early this week on a small stretch of the Saluda River, and the Riverbank Elementary students could not have been more excited.

The fourth- and fifth-graders were releasing roughly 50 rainbow trout into the river, which they had raised from the tiniest of eggs in carefully monitored aquatic environments in their classrooms. Now, the roughly 1.5- to 2-inch fish were ready to try to make it on their own on this seven-mile stretch of the Saluda River, the only spot in the Midlands that has the ideal cold water temperatures and conditions that will allow the trout an opportunity to thrive.

The Lexington Two elementary school is one of roughly 16 schools statewide, and nine in the Midlands, that are participating in this year’s Trout in the Classroom (TIC) program, a partnership with the SC Department of Natural Resources and sponsor Trout Unlimited.  Participating schools receive eggs in November or December, and students monitor aquatic conditions for the trout as they grow in the classroom tank, including testing water chemistry and helping to ensure that the water stays at 50 degrees.   Each school has a Trout Unlimited mentor who assists in managing the equipment, distributing trout eggs, and offering emergency support. The trout are then released in April and May.

“Trout in the Classroom introduces many concepts that offer a hands-on demonstration and example to the science curriculum,” said Sarah Chabaane, aquatic education coordinator with the SC Department of Natural Resources, who was on hand for Riverbank’s release this week. “Teachers and students can incorporate life cycles, water chemistry, ecology, environmental sciences, engineering, math, and history all through the TIC program. The TIC program also encourages sustainable and environmental practices by learning about trout as a sensitive indicator species in our watersheds.”

This year’s Riverbank Elementary group included fifth-graders who were involved in the same project a couple of years ago, said teacher Kelli Hook, one of two teachers from Riverbank participating in the program.

“The fifth grade class that participated in today's release were the students that comprised my Grade 3 OASIS class in the 2019-2020 school year,” Hook said, “and they were unable to release the trout raised that school year due to the ensuing COVID shutdown.”

However, on this cool morning, they would finally have the chance to see the journey through – including bidding the trout a quick “good luck” or other positive comments as the fish swam away.

“I find the program to be impactful for several reasons, but perhaps the most prominent of these is the awareness it fosters at the student-level – awareness about the role of SCDNR and Trout Unlimited as stewards of conservation for freshwater environments, and also a self-awareness that is gained as students establish a personal connection to the trout through helping to raise them in the classroom from eggs, then physically release them into a natural resource that is right in our backyard,” Hook said. “The hope is that this awareness will encourage the students to go out and become stewards for freshwater conservation in our state and local communities.”